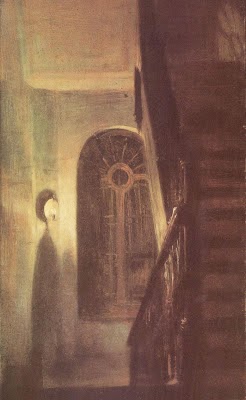 Having just prepared this for re-posting elsewhere, I've realized this story of my long ago "re-conversion" has apparently never been shared on this blog.

It was as insistent, sometimes, as a telephone ringing.  A persistent "come… come… come" that I couldn’t quite ignore.  Walking by the stairs leading up to the chapel of my high school, I almost always sensed that pull.  I imagined I felt the way steel might in the presence of a strong magnet.  Only, steel would not try to pull away as I often did.

I was eighteen.  The year before, rather quietly, God had begun to make Himself real to me, and I found I wanted to grow closer to Him.  So I had left public high school for a Catholic girls’ academy taught by semi-cloistered nuns.  In this place of peace and stillness a path was cleared for the Lord’s gentle voice to get through to me.  At first I stopped long enough to listen.  But as the school year progressed, I became more and more afraid of what the Lord was actually calling me to do.

This concern was particularly striking one day when my Speech teacher stopped me after class.

"I had a little dream about you last night," Sister said with a gentle smile.  "I dreamed you joined our Order here…"

I was suddenly aware of a hammering in my chest and ears, and of heat rising in my cheeks.  I think I managed to murmur something halfway coherent as I hurried away, wondering "what is God trying to tell me?  Was that merely an idle dream that Sister thought I’d find amusing?"  Or was it something else.  Everyone I’d known who appeared to really love the Lord seemed to be in a convent or serving as a priest.  Surely God didn’t call anyone as I’d felt Him calling me unless it was to be a Religious.

I had something different in mind for my life.  A husband, children, and perhaps a career in the Arts - these were my goals.  Becoming a nun wasn’t exactly on my itinerary.  I wanted to serve God, but what if He asked for what I then considered the ultimate sacrifice?

I dealt with this the only way I thought possible.  I began to ignore the "nudges."  This was not hard to do, for there were so many things to interest an active eighteen year old girl.  It didn’t take long at all before it seemed any sense of a "call" was gone. 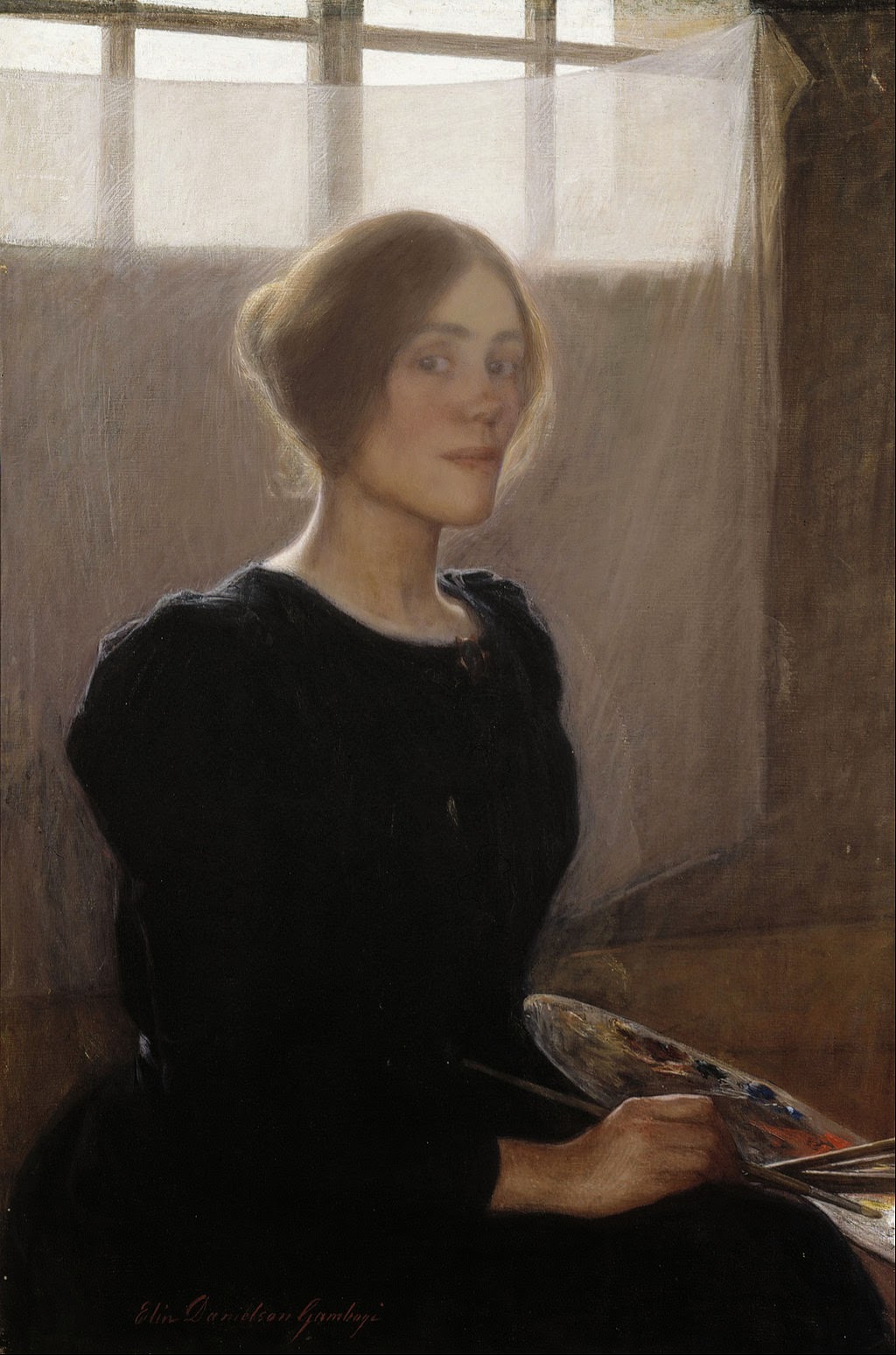 Perhaps I felt relief when seeds of unbelief were planted during my college years.  After all, if God wasn't there, I wouldn't have to concern myself with what He did or did not ask of me.  I didn’t believe or dis-believe at that point; I merely developed a rather convenient "God doesn’t bother me and I don’t bother Him" philosophy.  The only trouble was that God did bother me, more than I dared admit to myself.  My attendance at Sunday Mass drifted from "regular" to "occasional," and I stopped praying altogether.  Yet God still had a way of popping into my mind at unexpected times.

At twenty one, I began to feel a renewed interest in faith and went back to attending Mass on a weekly basis.  I even made attempts at prayer.  I became involved in the activities of the Catholic student center at my University, and it was there that I met the young man I married.  For years after our wedding I considered myself a good Catholic.  I never missed Mass on Sunday, I was free of mortal sin, so I figured I was pretty well off.

God was totally unreal to me, however.  I prayed only rarely, and spent much of my spare time reading books on secular philosophy and pop psychology and "the meaning of life" (those basically making a case for life having no meaning whatsoever).  Seeds of unbelief sown years earlier thus found a medium for growth.

I don’t know when it first dawned on me that I no longer believed in God at all, but in order to keep from shaking my husband, I kept quiet about it.  My family had no idea that I sat at Mass Sunday after Sunday wondering "how educated people could believe all this."

And then something happened.  Now, many years later, I can only look upon this sudden occurrence as a breakthrough of the grace of God.

To my surprise, I prayed my first prayer in years.  I was somehow nudged to say, aloud, "God, I don’t believe in you, but if you’re real, and if you can hear me, I’m asking you to show me once and for all who or what you are."  And I told him that if he did this, I would follow him - whatever he was.

I felt utterly absurd, as if I'd just spoken to the air.  But I did have a sense that something had begun.

It was a sporadic beginning.  I started reading everything I could find about great religious of the world.  Christianity?  Yes, that too - but only in an encyclopedia.  After all, I’d been raised in Catholic schools - I figured I knew all there was to know about that one.  As far as what I was finding in my many other books... it seemed I just kept hitting brick walls. 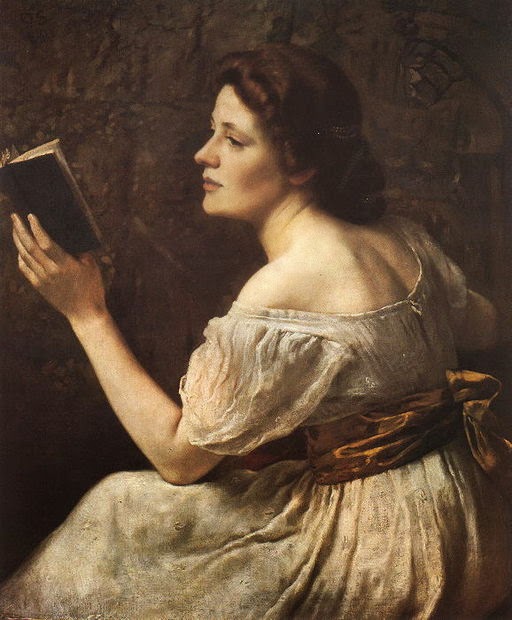 A few weeks after that first prayer, however, I happened to spot a Bible on my bookshelf.  It occurred to me that this particular title had been a bestseller for quite a few years, and I had never even read it.  A major literary lapse!  I should at least pick it up and have a look.  After all, what could it hurt…?

I opened to the gospel of Matthew and began to read.

Several days later, I had read through to the gospel of John.  I don’t know if my mind grasped a thing, but some part of me seemed to somehow be "absorbing."

I read in stolen moments.  And then the most surprising thing happened.  I found that rather than merely reading a nice historical account, I was in fact meeting someone.  It was as though He stepped right out of the pages, out through the thees and thous of the translation, and in some un-voiced way spoke to me.

The sense was of a voice I knew from sometime long ago, saying "come…  come… come…"

This time I said yes.

I told Him I didn’t really understand what was happening to me.  I had no idea how I could have come to believe it.  I only knew that Jesus Christ was right there, in the room with me.  I knew I believed in Him, I knew I loved Him.  I was willing to follow Him anywhere.

In time, one of these new friends was asked to provide music for a meeting in a town not far away.  As it "happened," this was scheduled to take place at the convent/monastery where I’d gone to high school.  My friend asked me to go with her.   I considered this invitation for awhile before giving a response.

I had never been one of those who went back to visit the Sisters after graduation.  By now, I felt nervous at the very thought of returning.  But with my chest and ears hammering, I told my friend yes.

We walked in the door right beside the stairs leading up to the chapel.  I literally gasped at the still-familiar sight.  It was just as I’d remembered.  The banisters with their warm patina were just the same, as were the creaky wooden floors.  Even though the Sisters were not teaching school there anymore, I half expected a young girl in uniform blazer and regulation saddle shoes to tiptoe down the hall at any moment.

We gathered in what had been the students’ refectory for the meeting.  Sisters filed in quietly, and I was busy searching their faces for one I could recognize.  Nope: not even one.

Before long, the laypersons and nuns assembled into small groups.  In mine, there was one Sister who seemed too young to have been here when I was a student.  So why was I feeling a growing sense of recognition?  It was as though she reminded me of someone I’d once known.

It was when this Sister came over to me after the meeting that I realized she had been one of my teachers;  a kind, encouraging soul who’d once told me I should consider a career in Speech.  My mind suddenly saw her standing before me, smiling, saying "I had a little dream about you last night.  I dreamed you joined our Order here..."

Had the Lord been calling me when I was eighteen?  Certainly.  And I am quite sure that if I’d stopped to listen, I would have been led to the exact vocation He had ready for me:  that of wife and mother.  The fruit of my marriage has been wonderful, and I do not doubt that it was my call.  I did err at eighteen, however, when I did not give God so much as a chance to "speak." 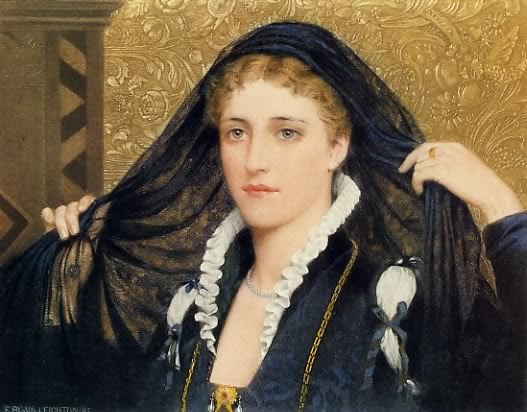 As it was, He kept trying to get through, year after year, while my line stayed busy.

Thank God I finally stopped to listen, and to realize that I could belong to Him even though I wasn't living in a convent.

I have answered the call.

(This is an edited version of the article "The Call," originally published in a Catholic magazine no longer in existence. This edition is © 2012 Nancy Shuman, all rights reserved. Reposted in 2015 at thebreadboxletters.blogspot.com)