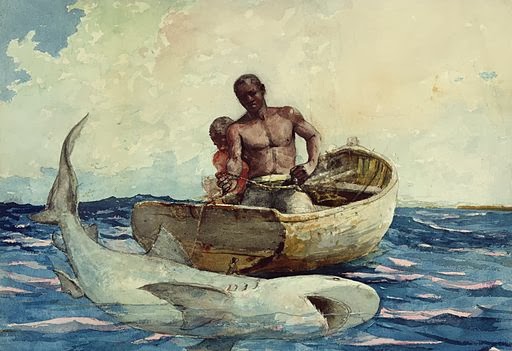 I am terrible at titles.  Had I been a world famous novelist, I would not have been one.  I'd just be an aging collector of rejection slips for things like Fun With Elizabeth Bennett and Mockingbirds Shouldn't Be Shot.

That could change, however.  After reading the last two posts on Sue Elvis Writes, I am seriously inspired.  I mean:  wouldn't you like to read a post called "Man Bites Shark?"

Of course you would.  And you should.  Which is why I am starting my "acceptance post" with a mention of the very first blog I'm going to pass the award on to.  Acceptance post for what? (I know you're asking). Welll...

Gloria at A Life Dedicated to Prayer has generously passed along the Sunshine Award to The Breadbox Letters.  As part of my acceptance, I am to divulge ten pieces of information about myself. 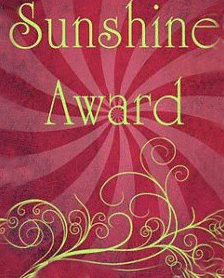 In the interest of keeping up with the Elvises and thus offering a noteworthy subject, I choose that all time greatest attention grabber:  Romance!

Yes. I've decided to share 10 ROMANTIC Things About Me.

How's THAT for intrigue?

1.  I am a former Art major who married a mechanical engineer.  It happens.  Especially when said engineer is good hearted, quietly devout, super intelligent, lots of fun, and the love of one's life. 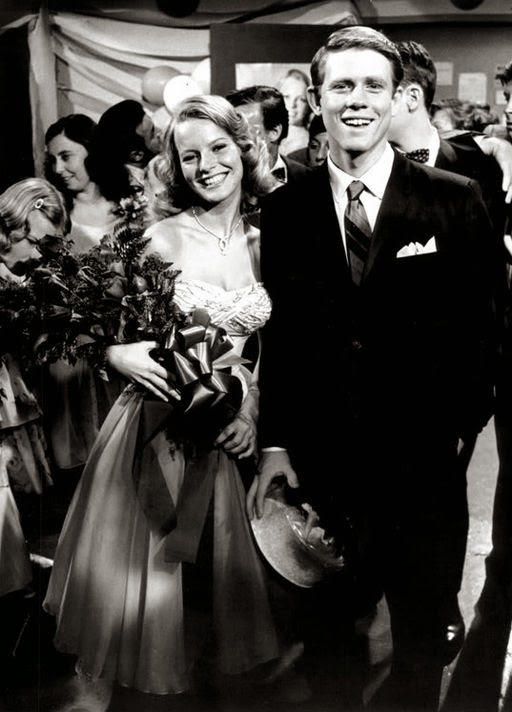 2.  I had a "sock hop steady" when I was twelve, at dances held weekly in a local school.  I wouldn't dance with him to Ricky Nelson records though, no sir.  I had a big crush on Ricky, and dancing with another man to his songs would be just - wrong.

3. You're too young to know who Ricky Nelson was (admit it).

4.  On my first date, I panicked at hearing the doorbell, so I hid in my closet.  My skirt got caught in the door as my mother called out in a loud whisper "Nancy!  Get OUT here! I don't KNOW this boy!"  I eventually untangled my cotton skirt from the doorlock, and headed out to the guillotine afternoon date.  We walked three blocks to a neighborhood movie theatre in utter silence.  When we got back to my house, I said "thank-you-very-much-I-had-a-lovely-time.  Goodbye."  (I read Teen magazines, I knew how to behave).  I was thirteen.

5. My first kiss was in the springtime.  A boy brought me home from a date and looked shockingly handsome in the moonlight as it fell across my porch. He leaned in close to ask "can I kiss you goodnight?"  I gazed into his deep brown eyes and uttered the most romantic words I could think of:

I was older than thirteen by then, but am too embarrassed to tell you by how many months years.

6.  I did not kiss on first dates... at least, not in my teens (okay, I made it to eighteen with that).  I read Teen magazines; they told me how to act (and kissing on first dates was Not How Nice Girls Acted). 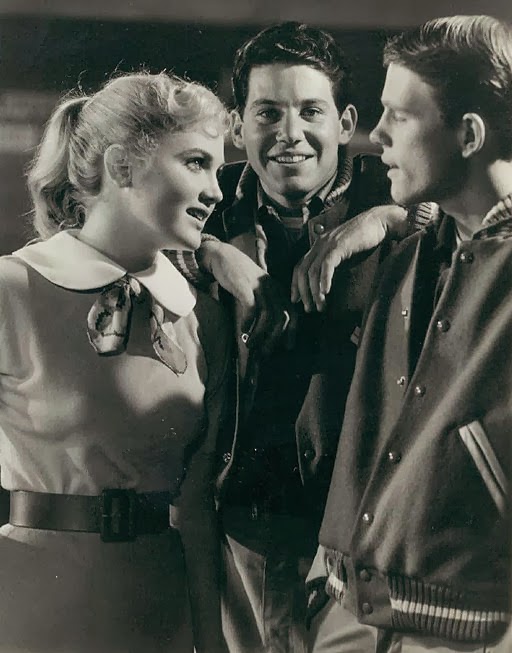 8.  Teen magazines are extremely influential.  About that, I am utterly serious.  They present life as they want you to think it should be .... complete with ads.  I shudder to think of what advice I'd be taking if I were a young girl dating now.

9.  I had glasses, but never wore them on dates (or anywhere else).  After getting my glasses locked with a boy's during a movie (we'd both snuck on our specs when the film began, and I don't know how in the WORLD we managed to "lock frames" as he bent his head toward mine), I decided that hearing a movie was just fine with me.

10.  Several friends have told me I should write about "my dating experiences," as they tend to be a bit... .. different ...from those of other people.  Ah ha, girls!  It has been done!

But I gotta admit:  they look pretty lame in print.  Not like the shark attacks or dead bodies in Sue Elvis' world.

To pick up the pace a bit, I will direct you to where you can read of sharks, and of bodies in the woods.  SO - my first nominee for The Sunshine Award is the ever entertaining

And I hope I nominated my other faves a few weeks ago, from my other blog.  O dear O dear, I hope I did!

I look forward to seeing what the rest of you do with this.... 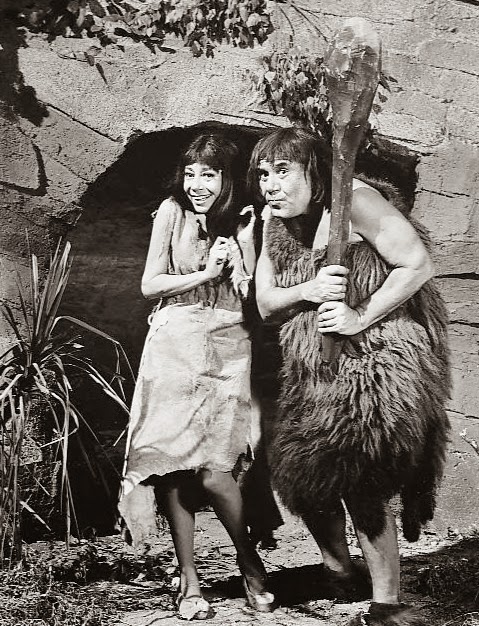